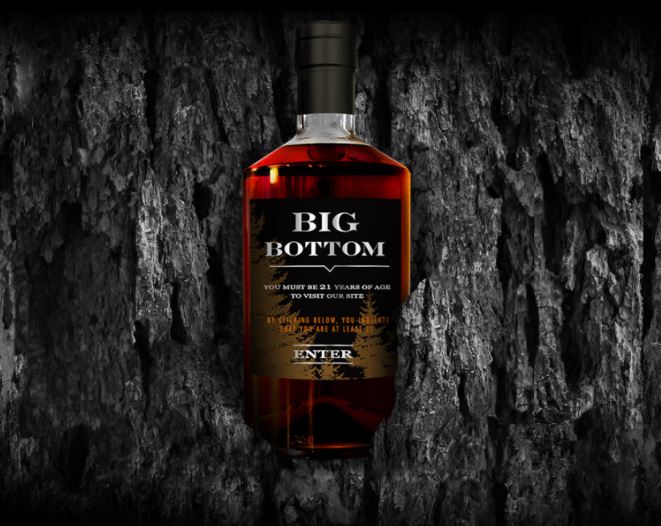 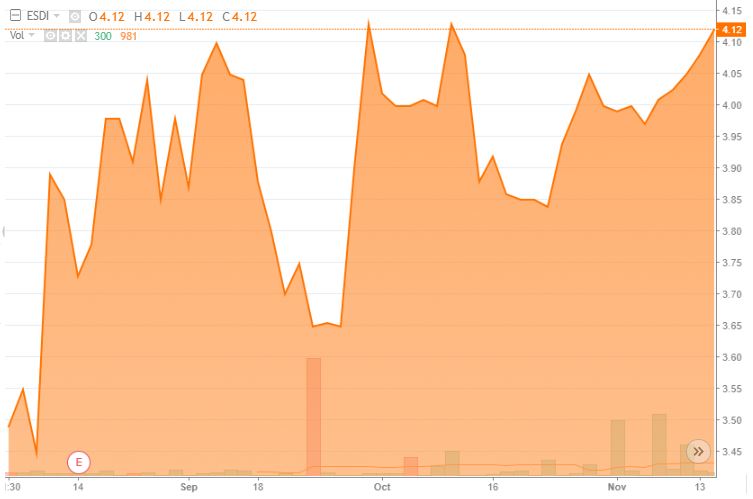 Grover Wickersham, Executive Chairman of Eastside Distilling, commented, “The launch of our new line of Burnside Bourbon, with branding by Sandstrom Partners, is undoubtedly Eastside’s most significant development so far in 2017. With the launch taking place the first week of October, we believe it will have a significant positive effect on our fourth quarter results and into the future. In addition to the boost it will provide to Burnside, it likewise impacts our entire IP of existing and contemplated products. The remake of the Burnside brand is only the first of many Sandstrom brand innovations that are already in the pipeline for release.”

Mr. Wickersham continued, “The third quarter was driven by

217% growth of our Portland Potato Vodka, offset by limited shipments of our Bourbon products until the rebranding was completed. Our primary sales focus in 2017 has been on our core markets in the Pacific Northwest, where we have experienced strong growth. This growth has more than compensated for sales declines outside of our core markets, especially since the comparable quarter in 2016 contained an unusually large order to our East Coast distributor. During the quarter, in a difficult environment for micro-cap companies, we also completed a follow-on public offering of approximately $6.2 million, and uplisted to the Nasdaq Capital Market exchange. We at Eastside believe that we have the products, the branding and the resources to end the year on a high note and have 2018 be our best year yet.”

Eastside Distilling has formed a wholly owned subsidiary, Redneck Riviera Whiskey Co, a Tennessee LLC. This subsidiary is slated to hold intellectual property associated with a proposed line of Redneck Riviera branded spirits. Both Eastside Distilling and John Rich, the licensor of the brand, will share equity in the brand itself and benefit from the increased value of the brand, if any, through the sale of licensed product. Further details about this agreement, including the Company’s strategic plans, will be announced in due course.

For the quarter ended September 30, 2017, Eastside Distilling reported record gross sales of $895,182, an increase of 12% compared to the year ago third quarter of $796,222. Sales growth was driven by increased wholesale sales traction within the Pacific Northwest, especially with our Vodka product as we strategically invested in programs to promote the Vodka product while waiting for our new Burnside Bourbon branding launch (which will occur in the upcoming fourth quarter), the acquisitions of MotherLode and Big Bottom Distilling, and the expansion of our private label business, as well as the addition of three retail locations.

Advertising, promotional and selling expenses increased by $244,363; however, general and administrative expenses decreased by $169,553 as the Company focused on driving sales growth, while tightening cost controls.

The company ended the third quarter with $4.2 million in cash compared to $1.3 million at the beginning of the quarter as the company raised $6.2 million in gross proceeds from a follow-on public offering during August 2017.

The Company will hold a conference call today, Tuesday, November 14, 2017, at 4:30 p.m. Eastern time to discuss these results.

Please call the conference telephone number 5-10 minutes prior to the start time. An operator will register your name and organization. If you have any difficulty connecting with the conference call, please contact Lytham Partners at (602) 889-9700.

A webcast replay will be available in the Investor Relations section of the Company’s website at http://www.eastsidedistilling.com/conference-calls or https://www.webcaster4.com/Webcast/Page/1518/23450

Certain matters discussed in this press release may be forward-looking statements. Such matters involve risks and uncertainties that may cause actual results to differ materially, including the following: changes in economic conditions; general competitive factors; the Company’s ability to continue as a going concern; acceptance of the Company’s products in the market; the Company’s success in obtaining new customers; the Company’s ability to obtain additional capital, the Company’s success in product development; the Company’s ability to execute its business model and strategic plans; the Company’s success in integrating acquired entities and assets, and all the risks and related information described from time to time in the Company’s filings with the Securities and Exchange Commission, including the financial statements and related information contained in the Company’s Annual Report on Form 10-K for the year ended December 31, 2016 filed with the Securities and Exchange Commission on March 31, 2017. Examples of forward-looking statements in this release may include statements related to our strategic focus, product verticals, anticipated revenue and profitability. Further, such forward-looking statements in this press release include but are not limited to: that the Company’s growth will continue on its current trajectory; the stage is set for significant growth and improved bottom line performance ahead and beyond; that the second half is traditionally our busiest of the year, when the Company typically generates close to 70% of its annual business. The Company assumes no obligation to update the cautionary information in this release.

Use of Non-GAAP Measures

The following financial information should be read in conjunction with the audited financial statements and accompanying notes filed by the Company with the Securities and Exchange Commission on November 14, 2017 on Form 10-Q for the period ended September 30, 2017, and which can be viewed at www.sec.gov and in the investor relations section of the company’s website at www.eastsidedistilling.com.

AX Waters. Nothing Else Compares.