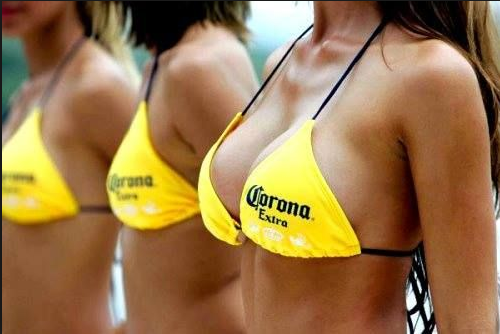 “The two main areas of the industry that have gained in [roughly the last] decade have been craft and Mexican imports,” Steinman said. Many American beer consumers want to try new beverages, leading to a rise in craft beer sales, though that has leveled off over the past few years, Steinman added.

The rising demand for beer brands from Mexico has vaulted lagers like like Modelo and Corona up the list of America’s favorite beers. These Mexican imports have largely avoided the sales decline that has been common among beers like Miller Lite or Bud Light, instead posting substantial year-over-year growth. According to Steinman, three reasons are behind the increased demand for Mexican beers: a growing Hispanic population in the United States, effective marketing campaigns, and the brands’ broadening appeal with the general market.

Overall, total U.S. beer shipments were down roughly 1 percent in 2017 and look to be headed that way in 2018 as well, according to Steinman. This comes after three consecutive years of modest growth in 2014, 2015, and 2016. This slight dip in beer shipments may be attributable to the rise in popularity of alternate alcoholic drinks.

According to a Gallup poll, more than a quarter of American drinkers listed wine as their preferred beverage — the largest share in the poll’s 25 year history. Spiked seltzers, such as Mike’s Hard Lemonade, are also cutting into the consumption of legacy beer brands, particularly light beer. Many spiked seltzer brands had double digit percentage point growth in the last year, according to Steinman.

Of the five most popular beers in America, Corona Extra was the only one to ship more beer in 2017 than it did the previous year. First brewed in Mexico City in 1925, this clear golden pilsner is the best selling beer in Mexico and the country’s leading exported beer. Corona Extra, along with Modelo Especial, are both a part of Constellation Brands.

Modelo Especial is the second fastest growing major beer brand over the past decade. In 2007, Constellation Brands shipped 1.6 million barrels of the Mexican pilsner-style lager in the U.S. Ten years later, the company shipped 7.2 million barrels. First brewed in 1966, the brand is available in both bottles and cans. It’s the most popular canned beer in Mexico today.

Dos Equis is a combination of German brewing techniques and Mexican ingredients. In the late 19th century, Wilhelm Hasse founded a brewery in Veracruz, Mexico. The brand was named in honor of the upcoming 20th century, as the Roman numeral XX means 20. Dos Equis is a pilsner-style beer.

Along with many other Mexican-style lagers, Corona Light is exploding in popularity in America. Not only does the U.S.’s growing Hispanic population often prefer to stick with familiar beers, but the brand is also enjoying increased popularity across the general population. Corona Light is a lower calorie alternative — 99 calories per 12 oz. bottle — to the 149 calories in Corona Extra.