Reg A+ has failed both investors and startups: one founder’s experience (Medium).

“…As a result, it’s hard to see Regulation A+ as an option for either investors or businesses any longer. It’s effectively dead. Once you hear my experience as an entrepreneur attempting a Reg A+ IPO, I think you’ll agree.”

“We’re in. I’ll call in my order this morning.”

One of the world’s best known investors had just agreed to take a 10% stake in our Regulation A+ offering. My colleague and I expressed our appreciation and hung up the phone.

It was 6:20 Wednesday morning. It was early for an investor call, but we were in the home stretch now. Two days before the close of our capital raise. In less than a week, our company Royalty Flow would be trading on NASDAQ under the ticker RLTY. Or so we thought.

The week before, a portfolio manager with one of the largest money managers in the world had come in for 15% of the offering. These large anchor orders joined more than 300 retail investors in what we hoped would be the most successful Regulation A+ offering to date.

Four hours later NASDAQ pulled the rug out from under us, revoking the provisional approval it had issued to us months before.

There’s been a lot written lately about how companies using Reg A+ of the JOBS Act have failed investors.

But, if our experience is repeated, it’s also a failure for the very businesses it was meant to empower.

As a result, it’s hard to see Regulation A+ as an option for either investors or businesses any longer. It’s effectively dead. Once you hear my experience as an entrepreneur attempting a Reg A+ IPO, I think you’ll agree.

Reg A+ was supposed to break the cycle of IPOs that served only to enrich founders, venture capital, and private equity. It was meant to give investors of all stripes access to early-stage investment opportunities.

But as stated in the Barron’s article Most Mini IPOs Fail The Market Test: “Instead, we’ve gotten GoFundMe-style websites hawking penny stocks and professional wrestlers shilling shares on TV.”

The blame for this fell on the fact that, under Reg A+, companies are able to market directly to retail investors, something that’s forbidden for traditional IPOs. Reg A+ also has lower accounting and disclosure standards than public companies. So unsophisticated investors might buy into a company long on advertising hype but short on fundamentals, only to be disappointed when (in the very rare case) the stock ever becomes tradable.

Only a handful of Reg A+ companies ever moved on to listing on a public exchange like NASDAQ or NYSE. Those that did, according to the same Barron’s article, saw their average stock price fall 40% in the six months following their listings, underperforming the otherwise flourishing bull market by nearly 50 percentage points.

Why? Most priced themselves poorly from the start, lacking the expert guidance of investment banks who shun Reg A+ offerings. Others were just bad businesses.

We thought we’d be different.

Royalty Flow, a subsidiary of Royalty Exchange, was created to acquire royalty generating assets in the music and media space. Its revenues would be based on the performance of those catalogs, with a goal of distributing 80% of it to shareholders in the form of dividends. Following the initial fundraising round, Royalty Flow would list on a public exchange.

The first asset identified was a portion of the producer’s share of sound recording royalties from the 1999–2013 catalog of Eminem. This catalog had an audited history of earnings, which means Royalty Flow was already well ahead of other Reg A+ companies in terms of financial records.

Because of these earnings, and because Royalty Flow had an independent board of directors to govern its actions, NASDAQ granted Royalty Flow conditional approval to list on the exchange providing it raised at least $15 million in the Reg A+ process.

This conditional approval was critical to attracting institutional investment who, understandably, view Reg A+ companies with skepticism.

And it worked. Some of the biggest names in the investment community were on board with seven-figure commitments, which combined with an impressive a retail investor turnout had us on track for a +$20 million offering.

We wouldn’t have reached the $50 million Reg A+ limit. But we probably would have at least matched the most successful Reg A+ efforts to date.

But then in the 11th hour, the whole thing collapsed.

Somehow our own offering was knocked off course because of the embarrassing collapse of a shady ‘fintech’ company called Longfin. It raised $5.7 million through Reg A+ late last year, and listed on NASDAQ in December. It was the sole Reg A+ ‘success story’, with its stock soaring 13-times over its original list price.

But then its shares fell 80% after several executives resigned and multiple misstatements in its public disclosures came to light. Early last week the SECinitiated an investigation against the company and by Friday NASDAQ halted trading on the stock.

In other words, the only success story of the Reg A+ era was accused of being a scam.

The SEC subsequently was criticized for “rubber stamping” Reg A+ filings without sufficient review (WSJ: Longfin Collapse Puts Focus on Lax IPO Rules), while NASDAQ has egg on its face for allowing it all to happen under its banner.

To say both are embarrassed and afraid to make another mistake like this is an understatement. And so suddenly, two days before our Reg A+ effort was to close, NASDAQ notified us that they had rescinded our conditional listing approval.

The ramifications of this were catastrophic. All our institutional investment was contingent on a NASDAQ listing.

What’s more, the investment bank hired to run the book cancelled the vast majority of retail orders. Why did they do this? My understanding is that their compliance department didn’t like the brokers selling securities not listed on a major exchange. (Our offering circular and marketing materials did say that we would list on either NASDAQ or another public market).

This quickly put us below the threshold needed even to close the offering successfully. Sure, we could have just extended the offering and asked retail investors to re-subscribe with the OTC listing clarification. But after all this, why bother?

This whole process has been the largest waste of time and capital I’ve ever experienced as an entrepreneur. We could raise the money without going to public markets. In fact, we did, through Royalty Flow’s parent company–Royalty Exchange.

The purpose of the IPO was to raise the capital required to secure the initial Eminem catalog asset, with enough left over to acquire additional catalogs in our pipeline. But, because of the incredible delays we experienced, Royalty Exchange fronted all of the capital required to exercise the option, and has held this asset on its balance sheet waiting for the Flow offering to complete.

As a founder, the hardest thing to do is walk away from something you put so much time, effort, and money into. Yet that’s exactly what we’re doing. We’re shutting down the offering and returning everyone’s money. Instead of trying to swim against the tide of bad faith and garbage Reg A+ offerings, we’re moving on.

Looking back on it, we made plenty of mistakes. But, the biggest was assuming that Reg A+ was a legitimate framework for raising capital in the public markets.

Would any investment bank, fund manager, or retail investor touch a Reg A+ company now? And even if they did, would the SEC or NASDAQ risk embarrassment again?

And would any business risk having the rug pulled out from under in the 11th hour after investing its good faith, time, and capital to this regulatory framework after what happened to us?

Probably not. I wouldn’t. 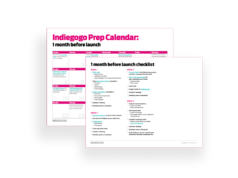 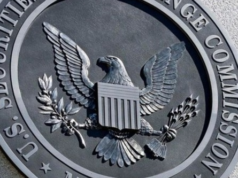 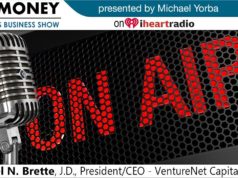 Are You a Public or Private Beverage Company Looking to Raise Capital?