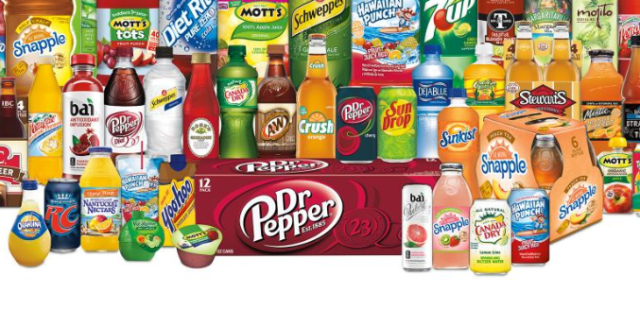 May 15, 2016. Dr Pepper Snapple Group (DPSG) this week announced that it has added Core Hydration to its allied portfolio, a move that will significantly expand distribution for the premium water brand.

The announcement follows a successful test in which DPSG distributed Core in Northern California, parts of Nevada and western Pennsylvania beginning in September, 2015. Core president and operating manager Paul Nadel said that the goal of the trial was “to see how the two companies interacted” and evaluate potential for a larger partnership.

“We kind of blew the doors off, especially in Northern California, so then it was just a conversation of ‘where do we go next?’” Nadel said. “Our target for [DPSG] are areas that we have no distribution agreements in place.”

As such, the deal with DPSG will not affect agreements with other Core wholesalers, which include Haralambos, Lenore, Columbia, Nevada Beverage and Kalil on the West Coast, and Big Geyser, Honickman Canada Dry, Polar and others on the East Coast. The deal does not include distribution of Core’s Organics brand, a line of five-calorie flavored water and juice blends, which was introduced in December.

DPSG will continue to manage Core Hydration, which is marketed as having a “perfect pH” of 7.4, in the trial markets. The beverage giant recently began distributing Core in Texas and Florida and will launch Core in other adjacent territories, including southern states, in the coming months.

In DPSG’s earnings call for the first quarter of 2016, CFO Marty Ellen praised the addition of Core to the company’s allied brands portfolio, which includes Vita Coco, Bai, Body Armor and High Brew Coffee. He called Core a brand that has strong market potential and is gaining traction amid a burgeoning and fast-growing category.

“It’s a somewhat crowded category, but some would say you can’t have [enough] waters, given the growth in that category,” Ellen said. “And it should remind everybody here that this strategy enables us to move with the consumer quickly, quicker than we believe we could do on our own. And we think we’re taking advantage of that.”

As to the potential for adding more brands to DPSG’s allied brands portfolio, Ellen said there’s “probably more than two dozen opportunities” available. He explained that “the whole strategy [for the portfolio] is about capturing the passionate spirit of these people, and bring something to the party that they absolutely need and we need.”

“This is about innovating with a very, very fast-changing consumer,” he said. “And while we are getting growth in some it these categories today, and that’s really good, we’ll see where the growth curves go. Some may fade over time, just because consumers change over time and they’re changing quickly.”