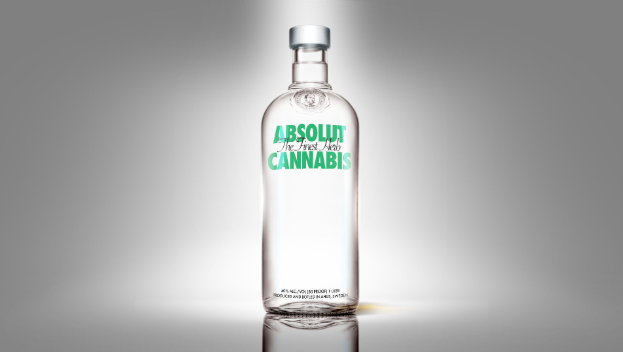 Those who oppose the legalization of cannabis often cite the idea that it will simply be increasing consumption of vice-substances in our society. This operates under the assumption that consumption of one vice (alcohol) increases consumption of another (cannabis). However, many studies and surveys coming out of legal states have shown that, often, cannabis and alcohol are substitutes rather than complements, meaning people consume cannabis instead of alcohol rather than together.

It was long thought that tobacco companies would be the most threatened by legalization and would seek to jump aboard the green rush. However, it’s alcohol companies that have recognized cannabis legalization around the world is imminent and understand the statistics (and the loss of profits). Canadian cannabis stocks across the sector surged last week in response to Constellation Brands (the owner of brands such as Corona) investment in Canopy Growth and rumors of Diageo (the owner of brands such a Smirnoff) circling the sector as well.

Below six cannabis industry executives discuss how this is just the beginning:

“Initial reports over the last 5 years since the legalization of cannabis have shown a significant decrease in alcohol sales state-wide. We expect that trend to continue, especially with the continued push for social consumption regulation.”

— Erik Knutson, CEO of Keef Brands, which develops, produces, and distributes multiple cannabis-infused product lines through the Keef, OilStix, and VitaCanna brands. These products include beverages, edibles, and CO2-extracted oil for vape cartridges.

“Cannabis legalization has shown to cause a dent in the alcohol industry, particularly regional craft breweries. We are now seeing tremendous interest from the alcohol industry in recreational cannabis markets globally. Early adopters have a chance to grab significant market shares and create branded consumables that complement their current portfolio. We believe the cannabis industry will be a significant growth catalyst for the alcohol industry in the coming decade.”
—Mike Nahass, Director and Co-founder of Terra Tech, the largest publicly traded cannabis company in the U.S., with medical dispensaries in California and Nevada and non-cannabis greens available in grocery stores nationwide through their subsidiary, Edible Garden.

“The rise in legal cannabis consumption has already shown to lead to a fairly significant decline in alcohol use. We saw last week with the $4 billion dollar landmark deal between Constellation Brands (Corona) and Canopy Growth that the alcohol companies are clearly looking into how they can hedge their bets on protecting their declining marketshare by buying into the cannabis industry. It is still early days in the cannabis industry and as states continue to legalize and appeal continues to broaden, I think we will see a stark decline in alcohol use over the next couple of years. There were estimates that this decline could end up taking up to a $2 billion chunk out of the alcohol market over the next couple of years, and I think that number may prove to be a bit light.”

“Early on in the legalization movement, people thought the tobacco industry would be most interested in finding a way to ride on the back of a legal cannabis industry, but it’s actually the alcohol industry that is currently much more engaged with the legal cannabis industry. They are ones feeling most threatened by the impact legal cannabis will have on their bottom lines and are looking for ways to get out ahead of the inevitable by doing things like investing in the industry. Constellation’s recent investment of $4 billion into Canopy is just the start of what I anticipate will be a rush of alcohol companies looking to get involved in the cannabis industry.”

“In looking at how the cannabis industry has impacted the beverage industry, look no further than the Canopy Growth and Constellation Brands deal. I have been predicting this for years and what we are now seeing is institutional money entering the space in a substantial way. This will lead to retail investors pouring money into cannabis stocks. As it regards Blockchain and Cannabis, nothing exemplifies a perfect fit better than the proposal of Zach Conine who is running for Treasurer in the State of Nevada. Mr. Conine is proposing the state issue and “back” a utility token for commerce, with a focus on solving the public safety issue around too much cash in the system. That is the future of blockchain and cannabis.”

— Mr. Leslie Bocskor, President of Electrum Partners, LLC, an advisory services firm specializing in medical and recreational cannabis and ancillary businesses. The company engineers the underpinnings of successful business entries and exits across the full spectrum of cannabis business verticals, as well as helps to develop policy and regulatory frameworks.

DISCLOSURE: The views and opinions expressed in this article are those of the authors, and do not represent the views of equities.com. Readers should not consider statements made by the author as formal recommendations and should consult their financial advisor before making any investment decisions. To read our full disclosure, please go to: http://www.equities.com/disclaimer

Koios Beverage (SNOVF, KBEV.CA) $0.27. Perform Like Lance Armstrong Before He Failed His Test.

Coca-Cola CEO: ‘Never say never’ on getting into booze, but..