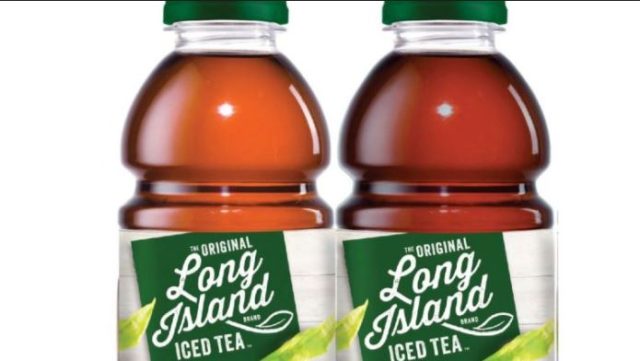 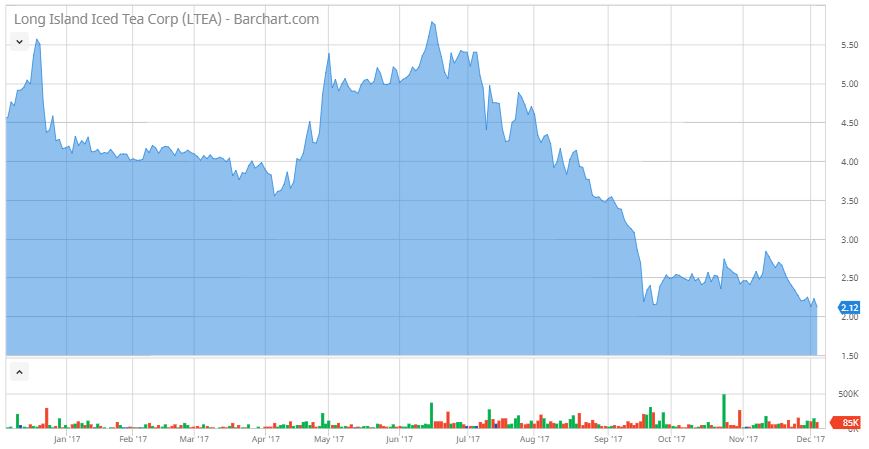 Farmingdale (Long Island), NY, Dec. 01, 2017 (GLOBE NEWSWIRE) — Long Island Iced Tea Corp. (LTEA) (the “Company”), a growth-oriented company focused on the non-alcoholic ready-to-drink (“NARTD”) segment in the beverage industry, today announced the appointment of John Carson, Chairman of the Board of merchant bank Intercontinental Beverage Capital Inc. (“IBC”), and William Hayde, a Wall Street veteran with over 25 years of experience raising growth capital for companies and co-founder of IBC, to its Board of Directors (the “Board”).

On November 27, 2017, Edward Hanson had resigned from the Board.  As a result, following these appointments, the Board now consists of six directors, four of whom, including Mr. Carson and Mr. Hayde, are deemed independent directors.

Mr. Carson is the Chairman of IBC and the former Chairman, Chief Executive Officer and President of several leading beverage companies including Marbo, Inc. and Triarc Beverages, both private equity backed corporations. As Chairman of Triarc Beverages (RC Cola), he led the acquisition and integration of Snapple Beverages and expanded business internationally by leading negotiations in China, Japan, Mexico, South America, Russia and Poland. Mr. Carson led the sale of the entire beverage portfolio of Triarc to Cadbury Schweppes, generating a significant return for investors. He is former President of Cadbury Schweppes North America where he led the expansion of the Schweppes brand beyond mixers and into adult soft drinks. Mr. Carson is also a Board Member of the National Soft Drink Association and the Board of Directors of Water Source Inc.

Mr. Hayde has spent over 25 years in the investment banking and securities industry, primarily focused on the CPG sector, and is Executive Vice President and co-founder of IBC, a New York based merchant bank focused on the beverage and CPG industries. He has successfully raised growth and acquisition capital for middle market companies, and facilitated mergers, acquisitions, financial restructurings and divestitures. Through his experience, Mr. Hayde also has extensive knowledge of FINRA, NASDAQ and other regulatory bodies and issues. He is also a managing director at The Interim Opportunity Fund LLC and its advisor, Waterside Capital Advisors, Inc., a newly formed fund focusing transactions with a defined strategy for exit with a heavy emphasis on the consumer markets. He is currently a registered agent for Network 1 Financial Securities.

Headquartered in Long Island, NY, Long Island Iced Tea Corp. operates in the non-alcohol ready-to-drink segment of the beverage industry. The Company’s flagship brand ‘The Original Long Island Brand Iced Tea®’, together with ‘The Original Long Island Brand LemonadeTM’ are marketed as premium beverages made with non-GMO ingredients. The company also imports and markets ‘ALO Juice®’ a functional Aloe Vera based beverage. The Company’s portfolio of premium brands sits within the ‘better-for-you’ category of the beverage industry, and are offered to consumers at an affordable price, reflecting the Company’s mission.  Its beverages are sold primarily through a network of regional chains and distributors primarily on the East Coast and the Midwest of the United States, as well as Canada and Latin America. The Company’s website is www.longislandicedtea.com.

This press release includes statements of the Company’s expectations, intentions, plans and beliefs that constitute “forward looking statements” within the meaning of Section 27A of the Securities Act of 1933 and Section 21E of the Securities Exchange Act of 1934 and are intended to come within the safe harbor protection provided by those sections. These statements, which involve risks and uncertainties, relate to the discussion of the Company’s business strategies and its expectations concerning future operations, margins, sales, new products and brands, potential joint ventures, potential acquisitions, expenses, profitability, liquidity and capital resources and to analyses and other information that are based on forecasts of future results and estimates of amounts not yet determinable. These statements include any statement that does not directly relate to a historical or current fact. You can also identify these and other forward-looking statements by the use of such words as “may,” “will,” “should,” “expects,” “intends,” “plans,” “anticipates,” “believes,” “thinks,” “estimates,” “seeks,” “predicts,” “could,” “projects,” “potential” and other similar terms and phrases, including references to assumptions. These forward looking statements are made based on expectations and beliefs concerning future events affecting the Company and are subject to uncertainties, risks and factors relating to its operations and business environments, all of which are difficult to predict and many of which are beyond its control, that could cause its actual results to differ materially from those matters expressed or implied by these forward looking statements. These risks include its history of losses and expectation of further losses, its ability to expand its operations in both new and existing markets, its ability to develop or acquire new brands, its relationships with distributors, the success of its marketing activities, the effect of competition in its industry and economic and political conditions generally, including the current economic environment and markets. More information about these and other factors are described in the reports the Company files with the Securities and Exchange Commission, including but not limited to the discussions contained under the caption “Risk Factors.” When considering these forward looking statements, you should keep in mind the cautionary statements in this press release and the reports the Company files with the Securities and Exchange Commission. New risks and uncertainties arise from time to time, and the Company cannot predict those events or how they may affect it. The Company assumes no obligation to update any forward looking statements after the date of this press release as a result of new information, future events or developments, except as required by the federal securities laws.