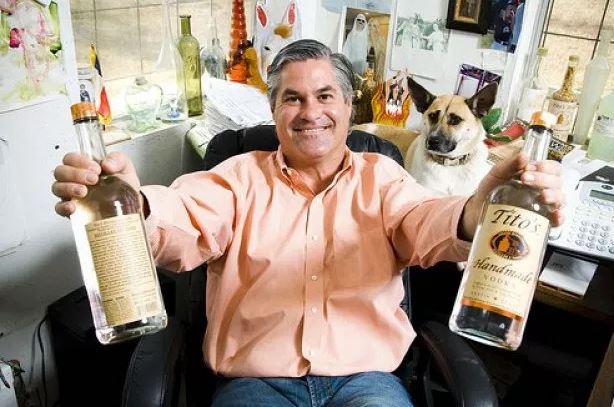 Even as consumers continue to gravitate toward brown spirits, vodka remains the spirits industry’s undisputed champion, accounting for roughly one-third of the total market. The category has been undergoing a significant shift in recent years, with longtime heavyweights like Smirnoff and Absolut being squeezed by the ascendant Tito’s in the $20 segment and New Amsterdam in the $12 range.

Tito’s was up by an estimated 40% to 5.8 million cases last year, according to Impact Databank. By adding about 1.65 million 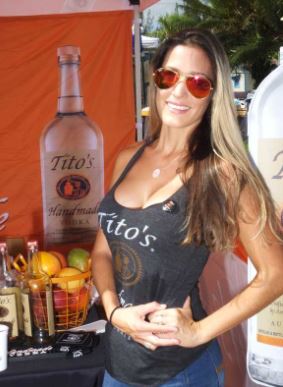 cases in 2017 alone—and accelerating from the prior year in terms of its incremental gain—Tito’s leapt from the number-12 spot in the U.S. market’s top 25 spirits rankings to number-six. In 2018, the brand will almost surely be knocking on the door of the top five.

Along with Tito’s, E.&J. Gallo’s New Amsterdam vodka has been one of the fastest-rising spirits brands in recent years, although it slowed from a 21% growth rate in 2016 to 6% in 2017, reaching 5.36 million cases. Last year, Gallo backed New Amsterdam with a TV and digital ad campaign worth an estimated $10 million called “Pour Your Soul Out,” and extended the brand with two new flavor offerings, Lemon and Raspberry.

Diageo’s three core vodkas Smirnoff, Ketel One and Cîroc are all estimated to have decreased in 2017, amid the cutthroat competition in the category, but the drinks giant is “upweighting investment” behind those brands in its current fiscal year. After a 1% increase in 2016, market leader Smirnoff is estimated to have declined by about 0.8% last year. Diageo recently unveiled new ads for Smirnoff featuring model Chrissy Teigen that target millennial and multicultural audiences.

For Ketel One, which slipped by about 1.4% last year, the company is appealing to women and health-conscious consumers through its “Ketel your soda” initiative. Diageo is also going on the offensive behind Cîroc, which was down an estimated 6% to 1.75 million cases in 2017. Diageo North America CEO Deirdre Mahlan recently said Diageo will be “targeting urban millennials with the goal of expanding Cîroc to be the vodka of Hispanic consumers, with a renewed focus on our key legacy variants—the unflavored variant, apple and peach.”

Pernod Ricard is likewise looking to restore Absolut to growth following an estimated 2% decline in 2017 to 3.8 million cases. Pernod is angling to reinject Absolut into the cultural conversation among younger consumers via events partnerships like the Grammys and Coachella, as well as innovations like Absolut Lime. “Absolut Lime was the top year-one innovation in Nielsen for 2017,” Pernod Ricard North America chairman and CEO Paul Duffy noted recently.

Among other big-name vodkas, Bacardi’s Grey Goose and Campari America’s Skyy were both down by about 2% last year, according to Impact Databank estimates. Bacardi North America president Pete Carr told SND last year that despite the tough climate, the company will “keep Grey Goose above the fray and play to our super-premium image. We won’t compromise our price, our value, our ingredients.” Skyy, meanwhile, was extended with a California Apricot flavor last year, and also unveiled a new “Make. Every Day.” campaign focused around innovation and interviews with Skyy founder Maurice Kanbar.—Daniel Marsteller

Subscribe to Shanken News Daily’s Email Newsletter, delivered to your inbox each morning.