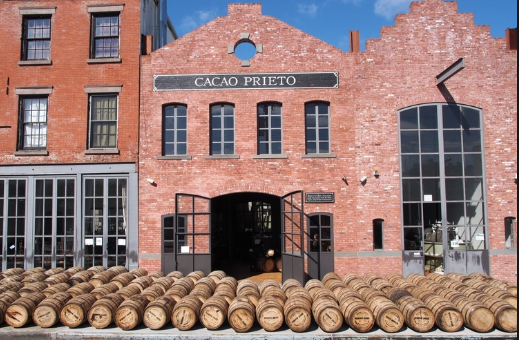 Widow Jane’s flagship 10-year-old straight bourbon is a common sight in hip Brooklyn bars and, according to the company, it can now be found in more than 30 states and 15 countries. Part of its popularity could be attributed to its supposedly artisanal New York credentials: “The pure, unique waters of the Widow Jane Mine are what distill our artisan spirits in Red Hook, Brooklyn,” its website proclaims.

There’s just one problem with that claim — it isn’t exactly true.

Widow Jane doesn’t actually distill its most well-known product at all. Instead, they buy it in bulk from a distiller in Kentucky. And the special water they highlight on every bottle, in countless interviews and on all their marketing materials — it doesn’t come from the actual Widow Jane Mine itself, just from nearby, sources told NBC News.

In just the last 10 years, the number of craft distilleries in this country has ballooned from around 100 to more than 1,400. That growth is a product of consumer demand, but it’s also due to the easing of state distillation laws and the availability of sourced whiskey from suppliers like MGP (MGPI) in Lawrenceburg, Indiana. 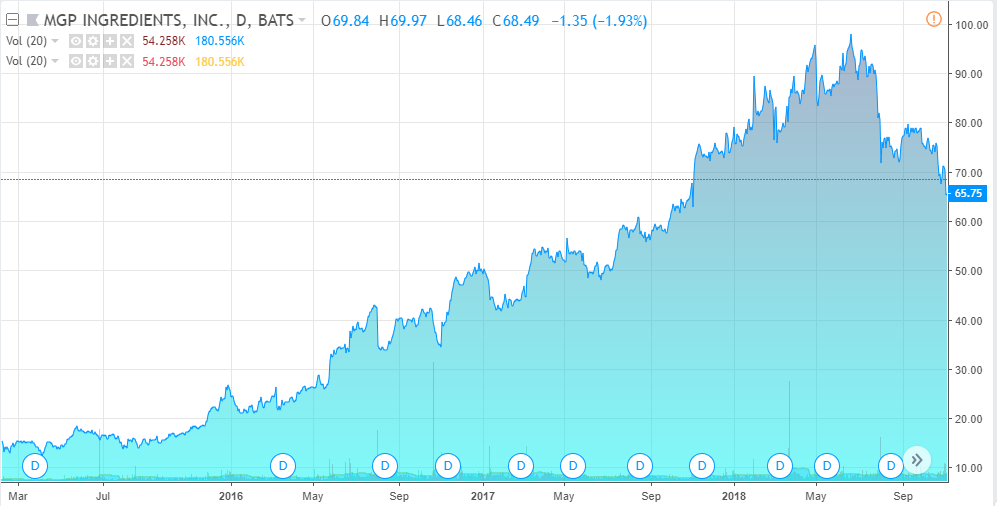 Bulleit “Frontier” Whiskey, for instance, is owned by multinational spirits conglomerate Diageo. For years, it sourced much of its bourbon and rye from MGP, a wholesale distiller. Only after the brand became established did Diageo open a distillery in Kentucky, where the product has been made since 2016.

Those brands aren’t alone in their Indiana provenance. Even super-premium brands like High West and Whistle Pig have sourced from MGP at some point in their respective histories. And the list goes on.

Last Years Top Performing Beverage Stocks. Two Screamers up Over 100% in Down Market.