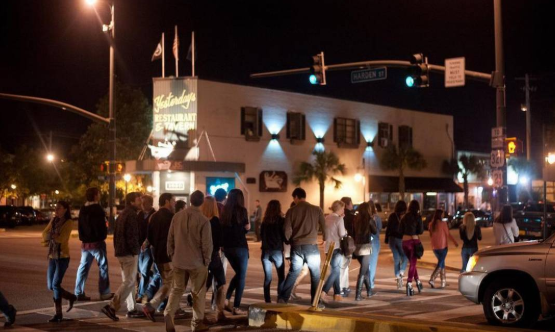 The closures could have a rippling effect on the state’s tourism and hospitality industries and put a big dent in the state’s tax base, Robin DiPietro, a professor of hospitality at the University of South Carolina, said.

“This is going to create havoc in many areas of South Carolina,” she said. “There are probably a hundred of these bars within driving distance of my house (in Columbia). . . . And this could change the whole landscape of places like Myrtle Beach.”

the Five Points Roost, a late-night college bar in Five Points that was formerly known as Pour House. The bar reopened under its new name last year after being closed by its owner under pressure from Columbia police.

Durden ruled that the Roost did not serve a “substantial” amount of food, which is required under state law to get a liquor license for on-premise consumption.

Durden ruled that the establishment could not continue to operate under a temporary license offered to all new businesses that sell liquor by the drink.

The judge also said that the bar at 800 Harden St. strained the resources of local law enforcement, contributed to underage drinking and would be a “nuisance” to the community. She added that ownership of the bar was murky.

But it was Darden’s ruling on the absence of food sales at the bar that is sending ripples through the state’s hospitality industry. The vast majority of the nearly two dozen late-night bars in Columbia serve little or no food.

Statewide, the number of bars affected could be in the hundreds.

“If enforced, it’s going to cause heartburn for a lot of people, that’s for sure,” said Brook Bristow, a Charleston attorney who helps craft breweries and distilleries with license issues. “This should put a lot of bar owners on notice. This is a very important decision, for sure.”

The Roost’s license was challenged by residents of neighborhoods adjoining Five Points, an urban village near USC. Durden cited state law by chapter and verse when issuing her decision.

Million Bucks on Crowfunding, Not Enough?

How I Made Millions in Coconut Water (CNBC).