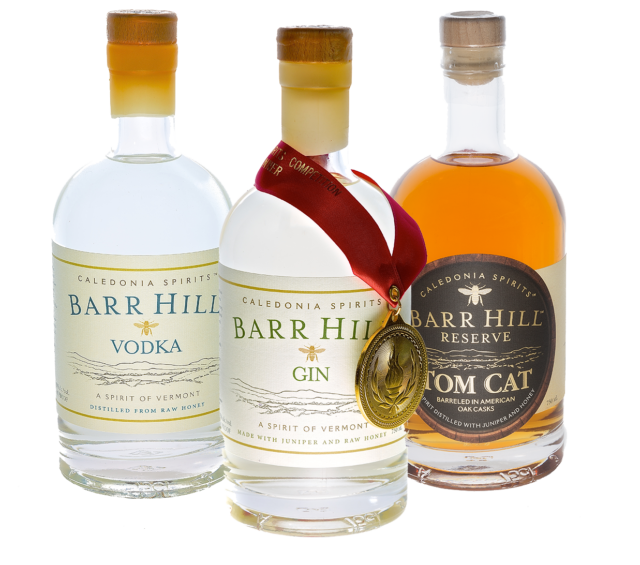 As strange as it sounds, the capital of vodka right now might just be the U.S. of A.

Contributor Chad Walsh writes about wine and other beverages frequently for Food Republic. He is the former beverage manager for the Dutch in New York City and is currently working on the opening of Agern, Danish chef Claus Meyer’s planned restaurant in Manhattan’s Grand Central Terminal.

Most people probably associate vodka with Russia and other territories of the former Soviet Union, the spirit’s ancestral home, or perhaps Sweden or France. But there is a surprisingly high number of good vodkas being made right here, right now in the United States.

Since the 1950s, the U.S. has been a huge consumer of vodka, so much so that Smirnoff long ago realized it would be cheaper to manufacture its product here rather than in Mother Russia. But that’s not the kind of American vodka we’re talking about. No, we’re referring to the burgeoning crowd of small, independent American distilleries that have produced so much diversity in the category that there are easily 500 domestic vodkas on the market today.

It would be difficult to try them all, especially when you consider all the various flavored options now available. For now, let’s stick to the plain expressions. Here are our favorite American vodkas, ranked:

When I first tasted Hangar One, it completely blew my mind. Grey Goose and Belvedere had brought a full-flavored style (think fewer nail-polish remover and antiseptic notes), and it wasn’t the fact that it was American that intrigued me — it was the bright aromatic qualities that resulted from using grapes for a portion of the base distillate. It was neutral enough that it wouldn’t shock someone who’s used to one of the classic Russian or Polish brands, but the floral notes elevated cocktails that were usually made with those old-school guys (keep in mind that the cosmopolitan era was in full swing). The citron, made with Buddha’s Hand, a citrus with very little juice but tons of flavorful oil, was a revelation.

There was an experimental bent to the original brand: They weren’t afraid to try a short run of wasabi or spicy-pear expressions. Since the label’s purchase by a company created by the people behind Jose Cuervo tequila, however, things have been a bit more status quo. The basic “blue label” Hangar One is still a great vodka, but whether the recipe has been adjusted, or it’s just that it is now up against a much larger field of compelling vodkas, the spirit is in that liminal stage between cool-kid brand and OG standby.