PORTLAND, Ore.–(BUSINESS WIRE)– Eastside Distilling, Inc. (NASDAQ: EAST) has struck a chord with three of John Rich’s friends and fellow country artists – Gretchen Wilson, Granger Smith and Colt Ford. Rich has selected the three country stars to serve as Redneck Riviera Whiskey ambassadors, supporting the brand and its efforts to give back to veterans’ families through their social media channels, performances and beyond. For further information on the brand, please visit http://redneckriviera.com/.

This Redneck Riviera Whiskey partnership is a natural fit for these artists, as they’re fans of the whiskey and its American roots. Gretchen Wilson says, “When John and I wrote ‘Redneck Woman’ 15 years ago, little did we know there would be a Redneck Riviera Whiskey someday. While that changed my life, here’s to hoping this whiskey will change your attitude.”

Portions of Redneck Riviera Whiskey sales benefit Folds of Honor, whose mission is to provide educational scholarships to spouses and children of America’s fallen and disabled service members. John Rich says, “Folds of Honor is such an important organization to me so I knew I had to give back to them through this whiskey. I love that my friends also got behind it and are supporting a great cause.”

Rich has recently traveled throughout the Southeast meeting fans and signing bottles sold at select whiskey tastings. The efforts the ambassadors will put behind Redneck Riviera will continue to enhance the overall marketing of the brand.

“Redneck Riviera Whiskey gives me the opportunity to support a friend’s venture, our veterans’ families and it’s the smoothest whiskey around,” Colt Ford said.

Granger Smith added, “I’ve been known to sing a song or two about whiskey so I’m excited to support a friend and partner with John’s Redneck Riviera.”

Eastside Distilling announced on April 23 that Redneck Riviera Whiskey is now being distributed in 15 states, with the addition of Kentucky as the 15th. Grover Wickersham, CEO of Eastside Distilling, says, “Eastside is thrilled at the trajectory of Redneck Riviera Whiskey and our partnership with John Rich. For him to bring some of his friends to help spread the word on whiskey is only a win-win for the team. We love to have brand extenders that truly represent the brand and its complex.”

John Rich’s Redneck Riviera is a privately held lifestyle brand that celebrates America’s hard-working men and women. Built for people who live to turn up the music and have fun with friends and family, Redneck Riviera is America’s ‘Work Hard, Play Hard’ brand that offers something for everyone who likes to rock the red, white and blue all year long. Launched in 2014, the brand brings these values to life through footwear, apparel, hospitality, food, spirits and licensed products in a variety of categories. The brand will expand its reach with the opening of honky-tonk bar Redneck Riviera Nashville on Nashville’s Lower Broadway this spring. More information can be found at www.redneckriviera.com. 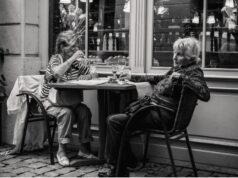 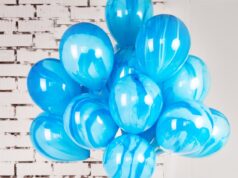 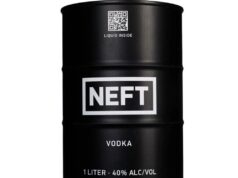 The Secret of a Big Business – Distillery Documentary.